This is it. Vasectomy Day. I’m done with all the waiting and stewing and anticipating and second-guessing and scientific renderings of my junk bag. Let’s do this! The wife and I step out of the elevator and into the waiting room. 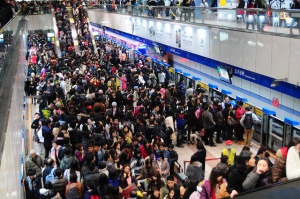 This place is full of nuts.

Upon checking in, we are told that Dr. Aloe Fingers was called out for an emergency removal of some lady’s golfball-sized gall stone. Which may or may not have been used for a round of golf afterward. Either way, it gives us time to listen to some lunatic in the lobby try to carry on a conversation with a woman who was hard of hearing. He felt very strongly that tennis-playing “cousins,” “Sabrina” and “Vanessa” Williams should retire. The deaf woman thought he was ordering a sandwich.

Two hours later, I find myself peeing in a cup. Little did I know it would be the last time I’d be standing for such a purpose for the next several days. I zip up and move to the party room.

After scoring 48 points for CLINCHED on Words With Friends, there’s a quick knock and the door opens. Enter the assailant. We exchange a few pleasantries and chat gall stones and testicles and then get down to business.

Let’s break it down.

A FLOPPY OBSTRUCTION:
Since the entry point for this procedure is at the center of my freshly shaved sperm satchel, gravity puts the penis in a precarious position. It is unceremoniously taped to my tummy.

POKING THE PACKAGE:
Before there can be an incision into my frightened, shriveled scrotum, there must be an injection of local anaesthetic. This feels pretty much like any normal shot. Only, it’s in a rather sensitive area. But don’t worry, the skin is pinched and lifted up. So, it’s not like you just get jabbed in the sack with a needle. Anyway, not so bad.

SLITTING THE SACK:
I was expecting a scalpel. Instead, scissors are used. Very sharp scissors. Although I cannot feel it, I am able to hear it. And yes, it sounds exactly how you’d expect it to sound. Disturbingly easy.

NUMB NUTS:
Because the scrote is so delightfully flaccid, the same hole can be moved around to reveal both the left and right vas deferens tubes. We start with the left. And again, before cutting anything, another local anaesthetic must be injected. 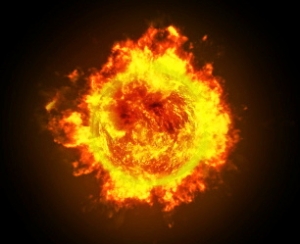 Okay, so maybe it isn’t that bad – but it is by far the most painful part of the process. It feels like somebody grabs a hold of one of your boys and gives it a big squeeze. And not in the good way. Guys, the pain most closely resembles that feeling you get when your tenders get just barely grazed – there’s a delay, you count to three and then experience that dull ache throbbing throughout your lower belly. Yeah, it sucks – but it dissipates quickly.

THE SNIP
By now, I’m feeling no pain. There’s just a sensory black hole between my legs. A great area of never-ending nether-nothing. I can’t be sure, but I think I saw Atreyu and Falkor flying away. Nontheless, this part is a little weird. First, the doc nabs the tube and pulls it through my new handy scrotal glory-hole. It makes a nifty little hoop. He clamps off two parts of the seminal super highway and simply snips off about a centimeter section in between the two clamps. Tada!

LOAD CLOSED
Now the tubes need to be permanently closed off. To do this, two little baby paperclips are popped onto each end. This does two things. A – It keeps the two loose ends from trying to find each other and get the band back together. And B – It prevents any little Evel Knievel sperm from attempting to make the jump from one to the next. Wheehaw!

RINSE AND REPEAT
The tubes are poked back in, the package gets a quick wipe-down and the hole gets slid over to the other side. This verse is the same as the first:

Shot to the nad
Hoopty-loop
Clamp
Clip
Snip
Stuff the stuff back in.

STITCHES IN MY BRITCHES
I was kinda hoping for my name to be embroidered onto my business, but I think that would require a special appointment. And different insurance. Instead, this turns out to be pretty normal. The strangest part is that I can kinda feel the afore-mentioned black hole bouncing around on my legs as it gets tugged and pulled throughout the sewing process.

MOVING ON
After another quick cleansing, I’m good to go. I pull up my pants, get a good look at my nubs in a jar and head back out to face the world. The first face I see is that of my lovely, patient wife. She looks a little concerned. But perhaps she looks even a little more relieved to finally get away from the crazy, confused tennis fan in the waiting room.

The couch and drugs await.